As I became immersed in climate change and environmentalism, I noticed the vast majority of media coverage was negative. Any hint of climate positivity took a lot of research and time to hunt down.

Thus, what started as a capstone project in the Climatebase fellowship alongside my talented cofounder Anushka, turned into a weekly roundup of good climate news and simple but impactful actions anyone can take. This passion project is still running with no plans on stopping.

Climativity is in the very early stages, but continues to get better and better each week. Just 4 months in, the results so far are promising: 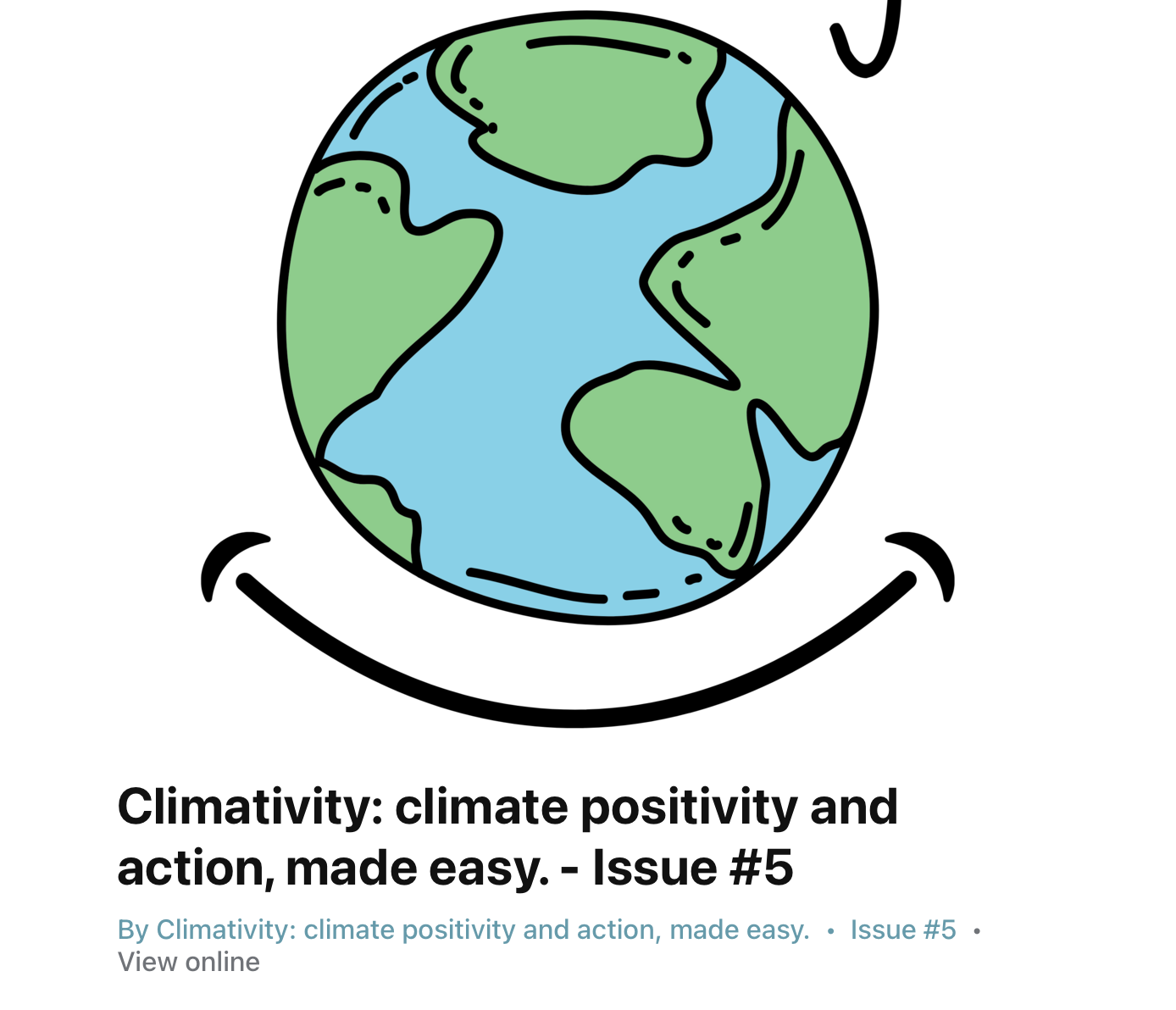 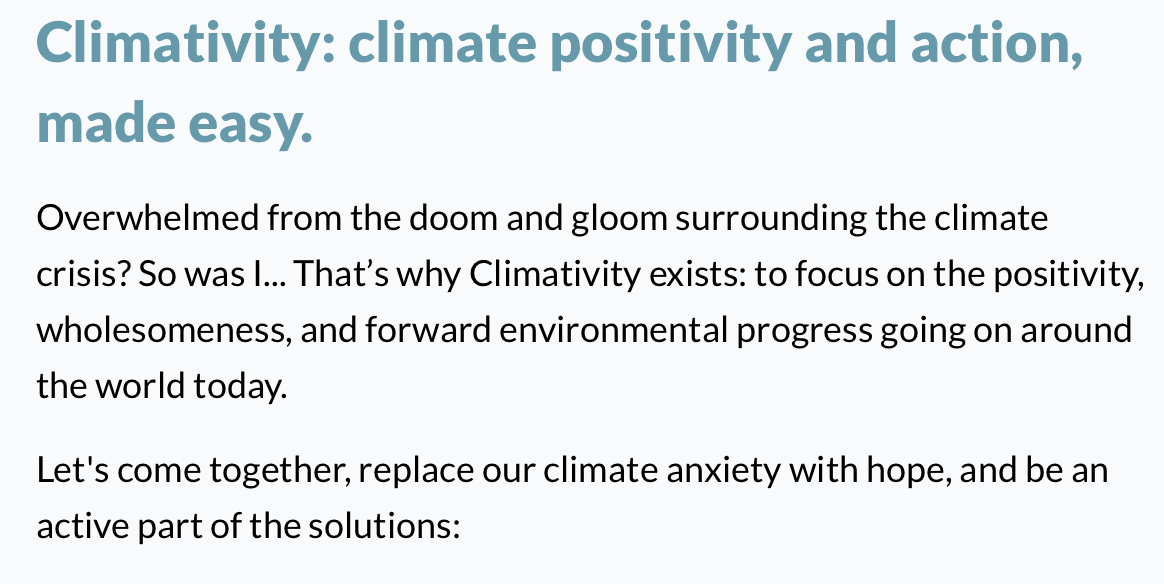 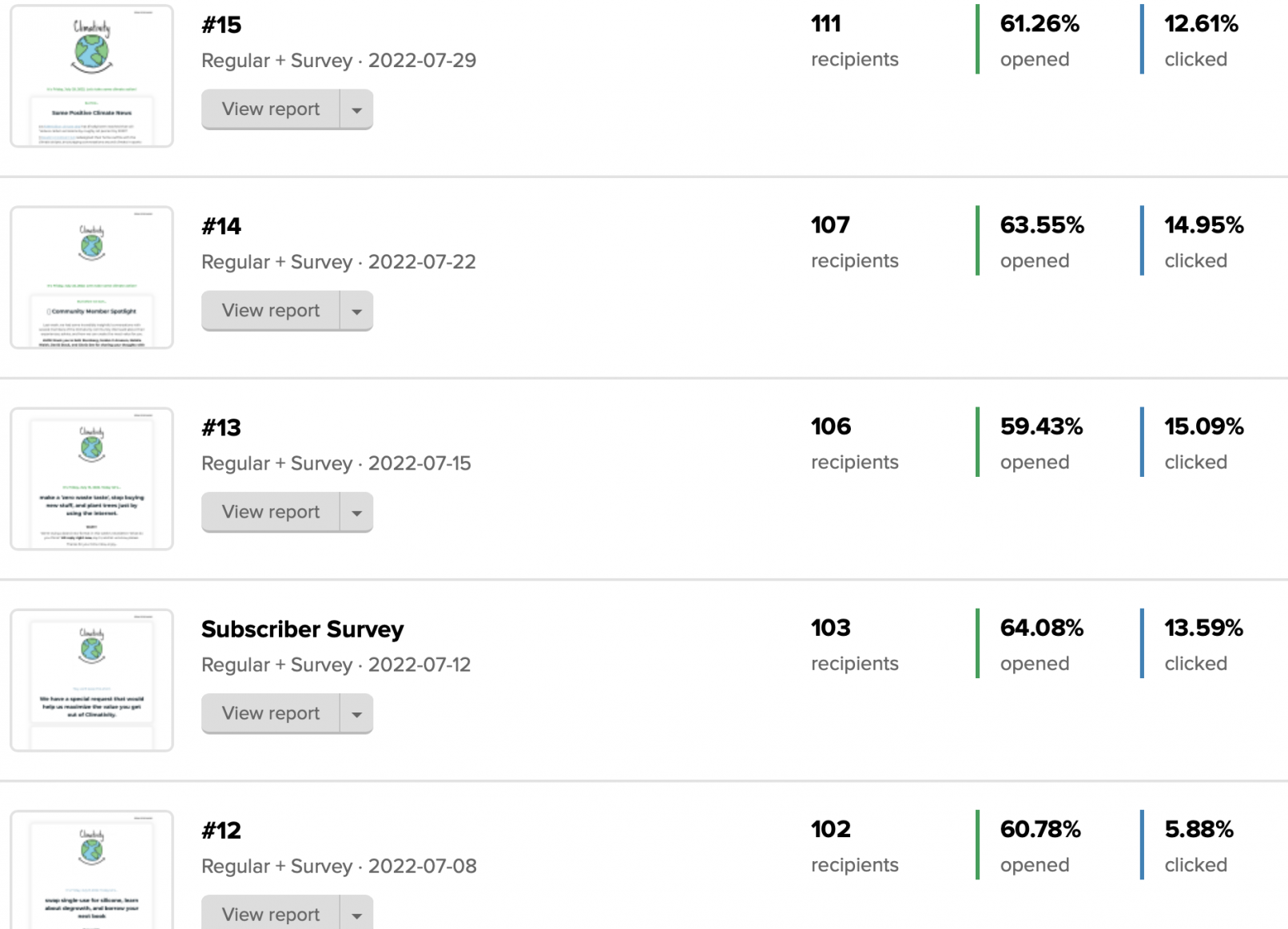 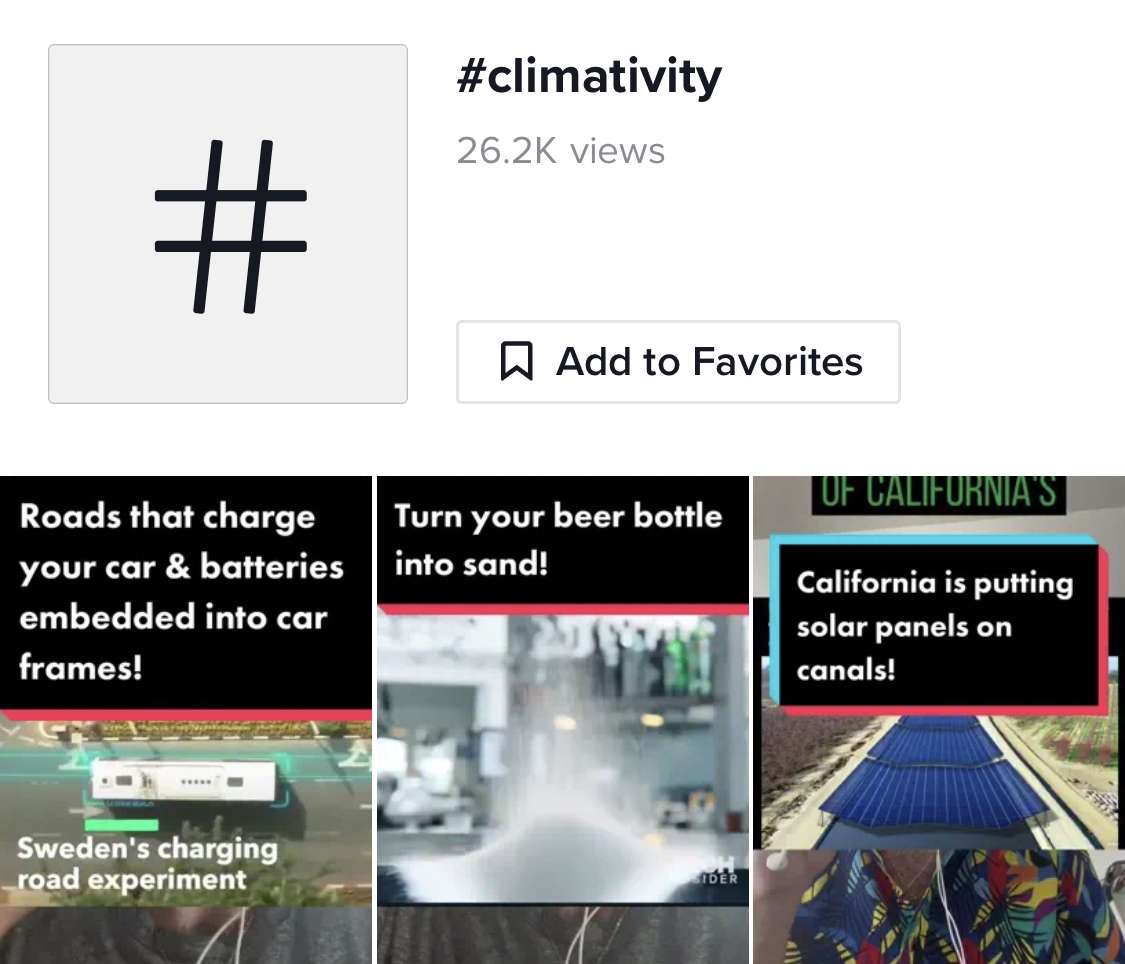 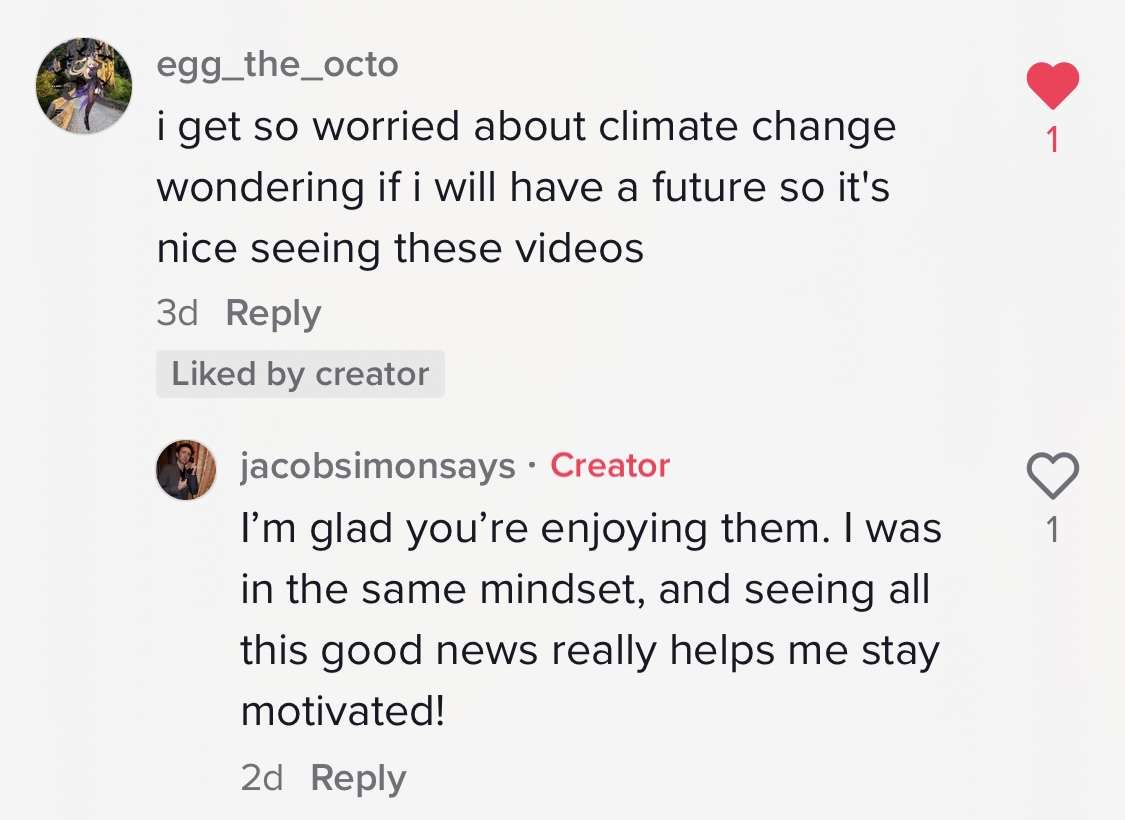